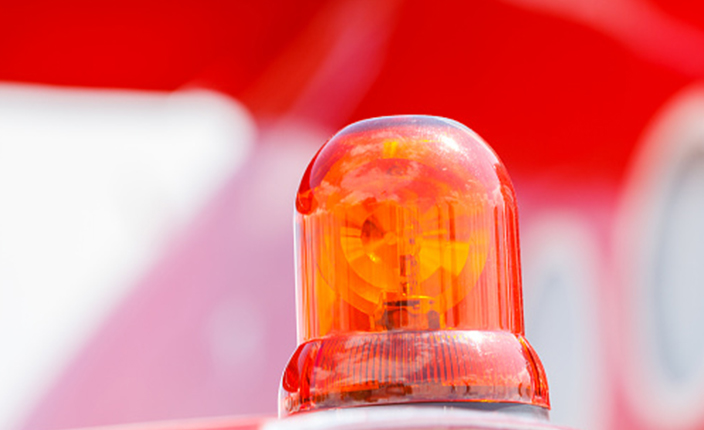 Do you know what the Help Flash device is and why the traffic department (DGT) recommends it? Will this lighting device replace the traditional emergency triangles to pick out a car in the event of a breakdown? We tell you all about it.

The Help Flash device is an emergency light, very similar to a siren, with a magnetic base to attach it to the car roof. It is a light signal which is activated as soon as it is in position, throwing out a yellow light which is visible from a considerable distance and warns other drivers of the danger of a stationary car on the road following a breakdown or an accident.

It is a compact, automatic, autonomous, user-friendly device, which came about as a result of the experiences of two former civil guards in Vigo: Jorge Torres and Jorge Costas. This is a 100% Galician project to light up a vehicle with no need to get out of the car. The company, based in Nigrán, was incorporated in 2013, but it was not until 2016 that a 3D prototype of the product caught the attention of associations and groups such as Avata, RACE or Spain's National Amputee Association (Andade).

Help Flash as a replacement for emergency triangles

In 1999 the traffic department made it compulsory for cars to carry two emergency triangles to pick out a car forced to stop at the side of the road following an accident or a breakdown.

In the event of a breakdown or a forced stoppage, using triangles forces us to get out of the car and walk along the road to position them at the distance stipulated by the DGT, at least 50 metres. This entails a high risk of being knocked down, especially on dual carriageways and motorways or in poor light.

This risk is reduced by the Help Flash device, because we simply put a hand out and place it on the roof of the vehicle, with no need to get out.

When it will be compulsory to carry the V-16 signal

The latest reforms by the traffic department include the use of the V-16 signal, and it is to be introduced in 2021. Although initially the Help Flash devices will not replace emergency triangles, they will constitute an alternative or a complementary device.

However, the most likely scenario is that the emergency light will replace triangles in 2024. It will then be compulsory to carry one in the car. Any cars purchased from that point onwards will have a device as standard, and other users must buy one.

If we are on the road and have a breakdown or an accident, the Help Flash device can signal our position in under 30 seconds, up to a distance of one kilometre in poor light. All we have to do is roll down the window and put it on the car roof. Contact with the roof or manual activation switches the device on, giving a warning signal that can be seen from a distance of up to one kilometre.

Requisites and characteristics of the new emergency light for cars

Any device for cars must be approved by the DGT, and so the V-16 signal must have been approved. To this end it must meet several requisites:

Now you know how the Help Flash device works, and its main features. This type of lighting device has been approved by the DGT, but it is not yet compulsory to use it.

Hybrid cars are consolidated as an increasingly popular alternative in the automotive market.

10 tips to prevent burglaries at home during the holidays

Are you going on holiday and worried about leaving your home unattended in case of a burglary?